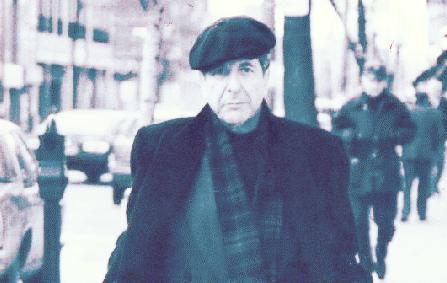 This is a song of a book ... a lyrical and exploratory bit of semi-biography!
Guardian book I chapter 1

knows a girl named Shell whose ears were pierced so she could wear the long filigree earrings. The punctures festered and now she has a tiny scar in each earlobe. He discovered them behind her hair.
A bullet broke into the flesh of his father's arm as he rose out of a trench. It comforts a man with coronary thrombosis to bear a wound taken in combat.
On the right temple Breavman has a scar which Krantz bestowed with a shovel. Trouble over a snowman. Krantz wanted to use clinkers as eyes. Breavman was and still is against the use of foreign materials in the decoration of snowmen. No woolen mufflers, hats, spectacles. In the same vein he does not approve of inserting carrots in the mouths of carved pumpkins or pinning on cucumber ears. Children show scars lilce medals. Lovers use them as secrets to reveal. A scar is what happens when the word is made flesh.
It is easy to display a wound, the proud scars of combat. It is hard to show a pimple. book IV chapter 30

He began his tour through the heart streets of Montreal. The streets were changing. The Victorian gingerbread was going down everywhere, and on every second corner was the half-covered skeleton of a new, flat office building. The city seemed fierce to go modern, as though it had suddenly been converted to some new theory of hygiene and had learned with horror that it was impossible to scarpe the dirt out of gargoyle crevices and carved grapevines, and therefore was determined to cauterize the whole landscape.
But they were beautiful. They were the only beauty, the last magic. Breavman knew what he knew, that their bodies never died. Everything else was fiction. It was the beauty they carried. He remembered them all, there was nothing lost. To serve them. His mind sang praise as he climbed a street to the mountain.
For the body of Heather, which slept and slept.
For the body of Bertha, which fell with apples and a flute.
For the body of Lisa, early and late, which smelled of speed and forests.
For the body of Tamara, whose thighs made him a fetishist of thighs.
For the body of Norma, goosefleshed, wet.
For the body of Patricia, which he had still to tame.
For the body of Shell, which was altogether sweet in his memory, which he loved as he walked, the little breasts he wrote about, and her hair which was so black it shone blue.
For all the bodies in and out of bathing suits, clothes, water, going between rooms, lying on grass, taking the print of grass, dancing discipline, leaping over horses, growing in mirrors, felt like treasure, slobbered over, cheated for, all of them, the great ballet line, the cream in them, the sun on them, the oil anointed.
A thousand shadows, a single fire, everything that happened, twisted by telling, served the vision, and when he saw it, he was in the very center of things.
Blindly he climbed the wooden steps that led up the side of the mountain. He was stopped by the high walls of the hospital. Its Italian towers looked sinister. His mother was sleeping in one of them.
He turned and looked at the city below him.
The heart of the city wasn't down there among the new buildings and widened streets. It was right over there at the Allan, which, with drugs and electricity, was keeping the businessmen sane and their wives from suicide and their children free from hatred. The hospital was the true heart, pumping stability and erections and orgasms and sleep into all the withering commercial limbs. His mother was sleeping in one of the towers. With windows that didn't quite open.
The restaurant bathed the corner of Stanley and St. Catherine in a light that made your skin yellow and the veins show through. It was a big place, mirrored, crowded as usual. There wasn't a woman he could see. Breavman noted that a lot of the men used hair tonic; the sides of their heads seemed shiny and wet. Most of them were thin. And there seemed to be a uniform, almost. Tight chinos with belts in the back, V-neck sweaters without shirts.
He sat at a table. He was very thirsty. He felt in his pocket. Shell was right. He didn't have much money.
No, he wouldn't go to New York. He knew that. But he must always be connected to her. That must never be severed. Everything was simple as long as he was connected to her, as long as they remembered.
One day what he did to her, to the child, would enter his understanding with such a smash of guilt that he would sit motionless for days, until others carried him and medical machines brought him back to speech.
But that was not today.
The jukebox wailed. He believed he understood the longing of the cheap tunes better than anyone there. The Wurlitzer was a great beast, blinking in pain. It was everybody's neon wound. A suffering ventriloquist. It was the kind of pet people wanted. An eternal bear for baiting, with electric blood. Breavman had a quarter to spare. It was fat, it loved its chains, it gobbled and was ready to fester all night.
Breavman thought he'd just sit back and sip his Orange Crush. A memory hit him urgently and he asked a waitress for her pencil. On a napkin he scribbled: